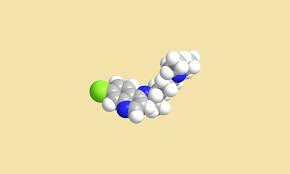 Background: The combination of hydroxycitrate and lipoic acid has been demonstrated to be effective in reducing murine cancer growth. Early reports suggest a major efficacy in advanced human cancer.
Patients and Methods: Three patients with advanced, chemoresistant cancer were treated by a combination of lipoic acid and hydroxicitrate (MetablocTM) followed by the addition of metformin and chloroquine. Another patient was treated with a combination of Metabloc and cycloserine
Results: Side effects of metabolic treatment are mild. Treatment with Metabloc resulted in a transient drop in tumor marker. The addition of chloroquine and metformin resulted, within one week, in further decrease in tumor marker level. Whether this drop in marker will be sustained is an open question.
These results are in line with published animal data. They also put in evidence the extreme reactivity and variability of cancerous cells. Randomized clinical trials are being defined to confirm the major efficacy of metabolic treatment.