Treatment of Cancer in Dogs by Intravenous Methylene Blue

Treatment of Cancer in Dogs by Intravenous Methylene Blue

THE appearance of a report by Holman1 on the apparently destructive effect of orally administered hydrogen peroxide on rat tumours has prompted me to set on record my own experiences.

Since 1941 numerous cases of neoplasia in dogs have been brought to my small-animal clinic, often in advanced stages of the disease. Generally, biopsies were performed and the nature of the tumour established histologically. Standard treatment involved the intravenous administration of a 2 per cent aqueous solution of methylene blue in doses of 2-10 c.c., repeated on alternate days or at weekly intervals. When practicable, the whole or greater part of the primary growth was removed surgically.

Methylene blue treatment appeared to be without effect on the slowly growing tumour~ and on carcinomas, but gave encouraging results m the rapidly growing sarcomas, particularly where most of the primary growth could be removed. In such cases the use of the dye was followed by necrosis and sloughing of remaining tumour tissue and complete healing of the wound. A number of cases are in good health and have survived without apparent recurrence of the tumour for up to five years, although at the time of treatment the growth was doubling itself in size every fortnight. Thus, there is evidence that early metastatic conditions may be successfully treated, but where internal organs are extensively affected, dye administration is prone to produce an acute toxaemic state.

There seems to be no doubt that the intravenous use of methylene blue can be a most valuable adjunct to surgery in the destruction of primary sarcomatous growths, and perhaps also of early secondary growths, but the mechanism of its action can only be surmised.

In the light of Holman’s observations it seems possible that methylene blue, which can function as a hydrogen acceptor, may interfere with the catalase-hydrogen peroxide system and that tumour cells are more sensitive to this kind of metabolic disturbance than normal tissue cells. I do not, of course, claim that methylene blue is necessarily the most effective agent for achieving this effect, but hope that my experience may have helped to identify a weak link in the metabolic processes of the tumour CCI II and may arouse the interest of investigators better equipped to attack this problem.

A cohort of cancer patients with no reported cases of SARS-CoV-2 infection : the possible preventive role of Methylene Blue 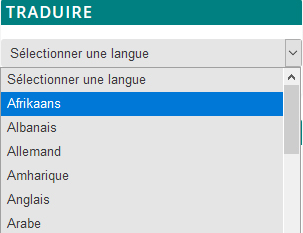